How to Avoid Recruitment Bias 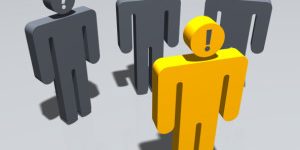 Sometimes even the most open-minded hiring manager can be guilty of recruitment bias. This may not specifically be racism or sexism, but confirmation bias, which is a more subtle, subconscious form of bias which can severely prejudice the hiring process. Basically, it is the brain’s tendency to look for evidence that supports what we already think.

Hiring managers should not make the mistake of thinking that just because they’re accepting of others they won’t fall prey to confirmation bias, as even those who have been trained to recognize it can sometimes be caught out.

This sort of interview bias has its consequences as not only do hiring managers risk losing out on talented new hires for all the wrong reasons, but any complaint from the unsuccessful applicant could lead to legal implications and damage to company reputation.

But to make recruitment fair and ethical it’s vital to appreciate the fallibility of the human mind. That’s why every business should address the issue of confirmation bias to make the recruitment process as equitable as possible.

These measures should go beyond the company’s existing diversity and anti-discrimination policies, which regulate behavior rather than thought. Recruitment bias, being unconscious, is not the same as discrimination. It therefore requires a different set of approaches, such as:

1. Re-work job descriptions. Words have power – including the ability to unconsciously deter candidates from even applying. Research has shown that gendered language (words that are unconsciously associated with “male” or “female” characteristics) can dissuade some from applying, so consider the wording of job ads carefully.

2. Name-blind CVs and anonymized candidates. There is a growing trend for CVs to include only information that is directly pertinent to the role at hand. After all, who needs to know the name, address or marital status of jobseekers, all of which could trigger unconscious bias in the recruiter or interviewer.

A great way to further anonymize candidates is by using Robert Half’s Candidate Browsing tool, where hiring managers can browse for suitable clients based on their specific recruitment needs. Talent in the database are vetted and awaiting their next career opportunity, so all you need to do is select the most suitable candidates and give Robert Half a call. We do the rest. Tools like this can significantly reduce the time it takes to hire and help hiring managers avoid recruitment bias by shortlisting anonymized candidates.

3. Structured interviews. Interviews are often based around a free-flowing conversation, but this provides fertile ground for bias to take root and grow. Consider preparing a set of interview questions that are the same for each interviewee, leveling the playing field for all candidates and making it easier to evaluate each one on their answers alone.

4. Test skills. You wouldn’t hire a creative without looking at their portfolio, or a technical expert without checking their qualifications – so why interview any other worker without testing their ability? While skills testing isn’t perfect, people tend to perform differently under test conditions and it forces recruiters to examine the candidate objectively.

Don’t let confirmation bias ruin your reputation. It’s simple enough to create a structured recruitment process that eliminates the possibility of bias creeping in and giving every candidate a chance to shine.